"It is the melody which is the charm of music, and it is that which is most difficult to produce. The invention of a fine melody is a work of genius." 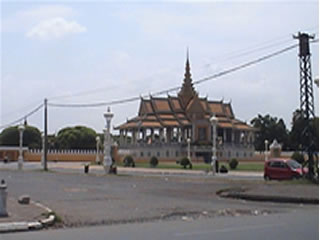 In the spirit of preserving the unique ideas of that music, I tried to transcribe them into full and compressed musical scores as well as simulated MP3 recording using the latest technology I can afford. Please check the music link frequently because those notation and recording should update anytime when I can find new technology or new researched idea. When more and more musical ideas are documented, I hope that future generation of researchers and scholars can understand more about Cambodian culture, and Cambodian can integrate well in the globalized world.

Cambodian Musical instruments during the 1960s

During the 1960s, Cambodian musical orchestra were a mixed of western and indigenous instruments. Some musical concerts were played by both instruments and others were played solely by western instruments which mostly consist of woodwind, brass and bass guitar. Others were played solely by indigenous instruments but with a clear musical theory. The theme songs in various movies were usually added by an oboe or trumpet, with nuances from musician to produce sound similar to the Cambodian reed instruments called Sralai. The Cambodian musicians are very skill at making nuances. The Sralai are usually played within the Cambodian traditional orchestra called Pin Piet, that accompanies the Khmer Remkea, the play based on the Ramayana style.